Khesht Abad RESIDENCE opened in Yazd city center in September 1394. The traditional residence of Khesht Abad has 12 rooms, 6 of which are located in the around courtyard, and one of room underground rooms is underground with six high stairs. All rooms are also equipped with a bath and restroom.Address: Yazd – Jameh Mosque Cross – Mehdi Street – Opposite of Wild Bafghi Park – Ferdows Alley 44 – One hundred meters inside the Alley. 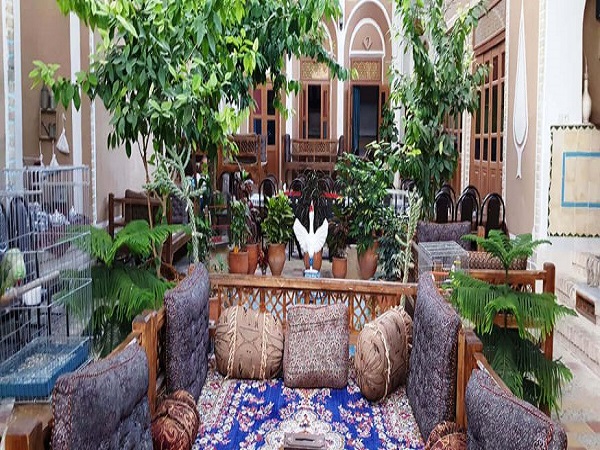 The residence of the Se Nick of Yazd came into operation in March 1395, after 12 years of renovation. The residence has 13 rooms in the ground floor, first floor, basement and roof. The Yazd Se-Nick residence includes two inner and outer courtyards, that surrounded by the rooms. The Se -Nick of Yazd, records a history of more than 200 years. Elderly people and families with young children should pay attention to the fact that the house has three steps in different parts.Address: Yazd Province, Yazd City, Kashani Street – End of Shams Alley. 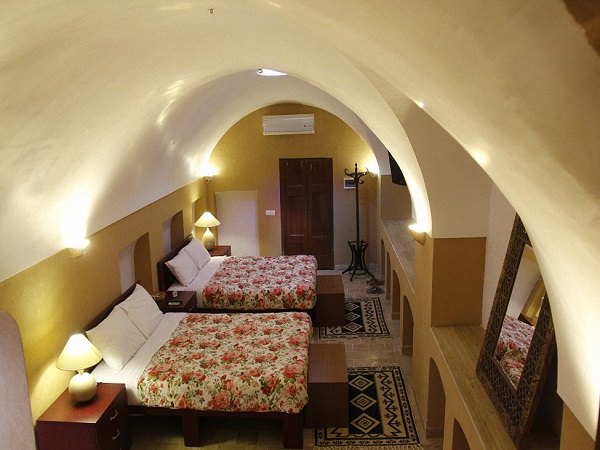 The residence is located in the historical context of Yazd.The residence is an old house dating back to the Qajar period, and was launched after renovation and restoration in the traditional and old way. The building has a historic residence with one floor and the rooms are located on the ground and first floor.Elderly people and families with young children should pay attention to the fact that the house has three steps in different parts. Address: Yazd Province, Yazd City, Imam Khomeini Street, Qucha Shahidan Hosseinian – Alley Shahid Islami.

The traditional Soroush hotel is located in Basij Block, Yazd. Historical area of the city, which is name as the second largest area of the world and is listed on the national monuments list. The traditional hotel attracts a lot of people from inside and outside the country every year. Sights include Mansion of the Mirror Palace or the Mirror and Lighting Museum, Tehran’s House, Market and Bath Khan, Malek Al-tjar House and Marcark Square. Address: Yazd province, Yazd city, Basij Boulevard – opposite Al-Tahmoures. 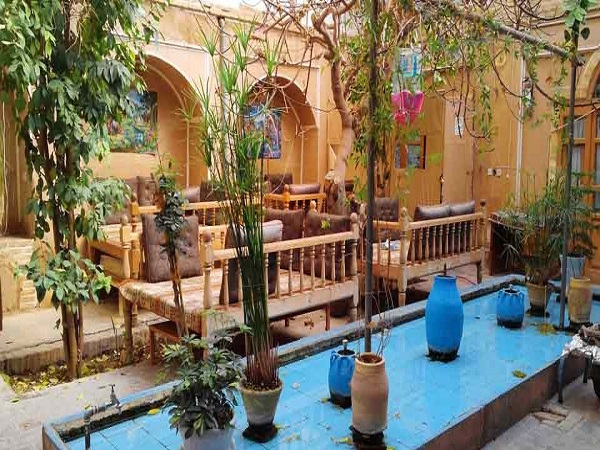 The Dostaneh residence is located in the old and Fahadan area of Yazd. The courtyard space is decorated like a magnificent tea house in completely traditional style and catered for guests and tourists. This residence does not have a kitchen for cooking. Therefore, travelers should order meals from a restaurant outside the residence. They can also park their own car in the parking in the resort and go to public transportation with the public transport. Address: Yazd province, Yazd city, Jameh Husseinieh Mosque Street, Al-Sa’at. 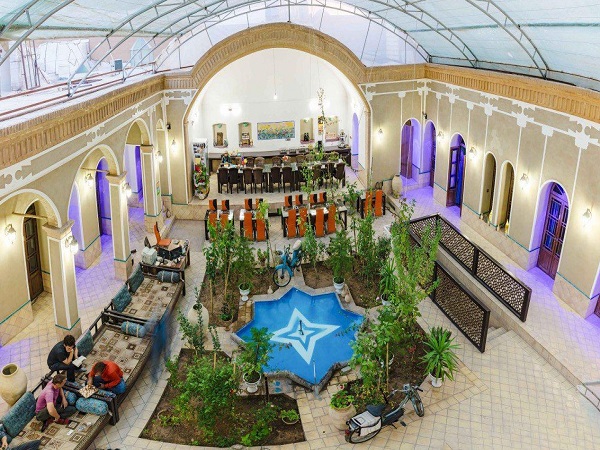 The resort is located in the historic city of Yazd. The traditional poetry background dates back to the Qajar period, and it was also listed on the national monuments and UNESCO list. The restoration of the complex was completed in the spring of 1395 and was aimed at maintaining the traditional architecture of the house. Sharbaf Yazd Hotel has two separate lounges, lilies, orchids and nastaran rooms in the smaller yard and the rest of the rooms are located in the larger yard. The larger courtyard has a large porch that dear guests can use for the meal to eat. In the courtyard and roof of the house, there are also traditional beds for relaxing times guests. Address: Yazd – Imam Street – Fahadan Street – Laris House Alley. 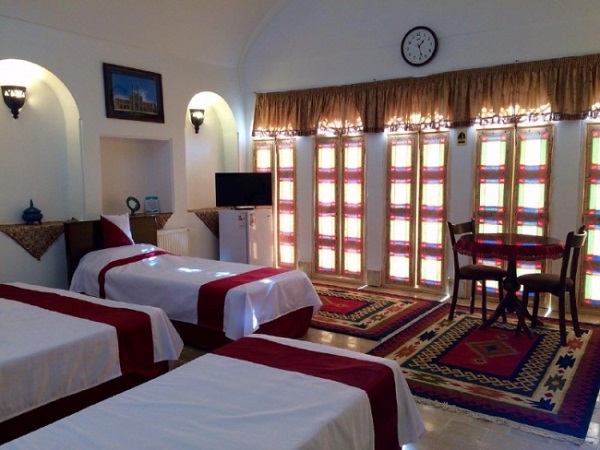 The residence has 200 years and old residence in the historic and old city of Meybod. It is known as a lawyer home. Meybod is one of the oldest cities in Iran with a 7,000-year-old history (Pottery and Ceramics Town), which house historic sites, tourism. The indigenous house has 4 traditional units with an old layout and architecture, with a total accommodation capacity of 20 tourists. Address: Yazd Province, Meybod City, Imam Khomeini Street, near Imamzadeh Seyed Sadruddin Ghanbar Alley Mash. 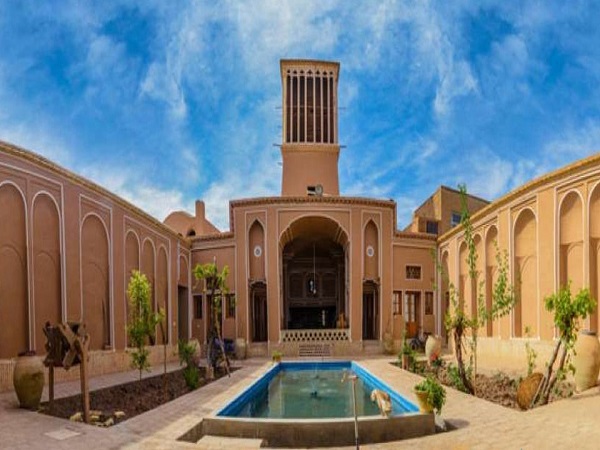 Eco-tourism resort Narenjestan dating back to the Qajar era and like other old houses in Yazd, with beautiful and noble architecture. Narenjestan has total of 6 beds and several mattress services that hospitality more than 9 people. There are 1 double room (2 double beds) and 2 twin rooms and there is also a alcove with a Corsi for the cold seasons. Each of the rooms has a special name that is named after the particular decoration. The tiled room, the wheat room and the barbecue room all have a cooling and heating system (Split). Because of the traditional architecture, the bathroom and WC are located outside the rooms and in the public area of Narenjestan. There is also a public kitchen in the traditional residence, with full kitchen equipment. Address: Yazd Province, Yazd City, Imam Khomeini Street / Shahid Sediq Alley (next to Saman Bank) Boali Sina Alley 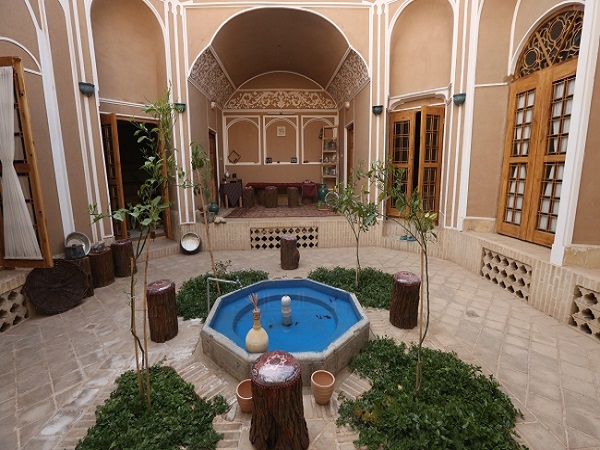 Traditional Residence of Vakil-AL-Roaya is located in the historic and ancient city of Yazd. This native residence, with its traditional architecture, attracts many tourists every year from inside and outside the country. The traditional courtyard of this residence, with its original Persian architecture, is a reminiscent of ancient times. The traditional residence of Vakil-AL-Roaya has 10 rooms that is a total capacity for accommodating up to 100 tourists in the rooms. The rooms of this residence consist of two single rooms, a double room, a three-person room, and 6 rooms for 4 to 8 people. Guests of the single and double rooms must have shared bathroom facilities and guests of the other rooms have a private bathroom (Arabic toilet and toilet) and a bath. Address: Yazd Province, Yazd City, Amir Chakhmaq Square – Beginning of Salman Farsi Street – Gahzargah Alley – Darband Asqari Alley – No. 20 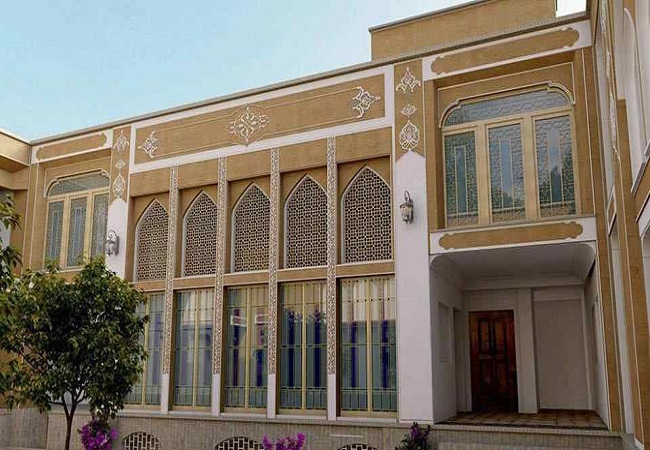