The outcome is a well-balanced mixture of herbs, meat, beans, dairy products, and vegetables. Major staples of Iranian food that are usually eaten with every meal include rice, various herbs, cheese, a variety of flat breads, and some type of meat (usually poultry, beef, lamb, or fish). 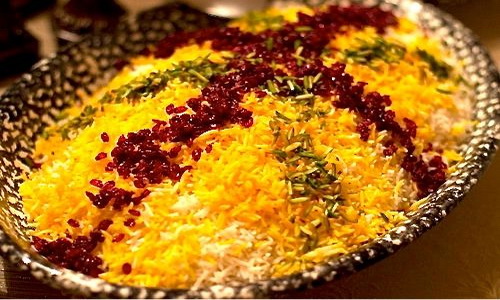 This classic rice dish is studded with red berries, which are dried and then rehydrated before cooking. The rice is cooked with plenty of butter, which helps to soften the intensity of the berries. Quince, rhubarb, green plums, sour oranges, lemons, limes, dried limes, sour cherries, tamarind, sumac, and pomegranate are all used in Persian cooking to make food more tart. 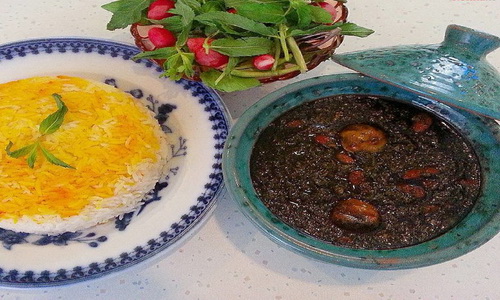 Made from herbs, kidney beans, and lamb, deep green Ghormeh Sabzi satisfies two Persian flavor obsessions: it’s sour and full of herbs. The stew is seasoned with dried limes, limoo amani in Farsi. These limes are extra intense and sour, with a bittersweet taste that gives the stew a unique flavor. The other constant in Ghormeh Sabzi is fenugreek leaves, a taste unfamiliar to most westerners. Other herbs include parsley, coriander, and scallions. 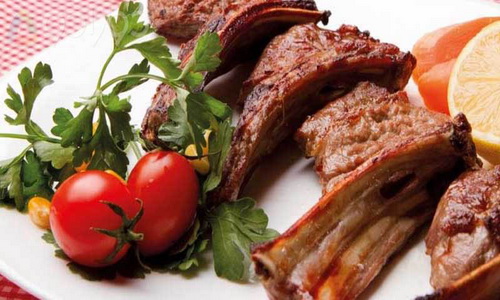 Abgoosht is an Iranian stew. It is also called Dizi , which refers to the traditional stone crocks it is served in. Some describe it as a "hearty mutton Persian soup thickened with chickpeas.