These days Iranian eat appetizers as side dish and sometimes as main dish so it is hard to define them. 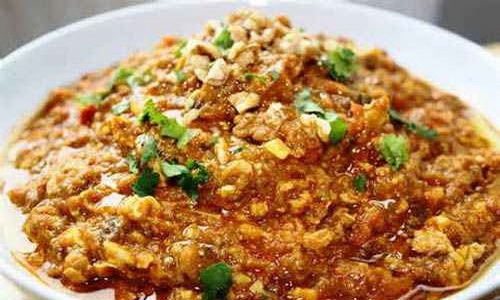 It is a Northern Iranian (originally from Gilan province) appetizer or main based on tandoori or grilled aubergine (eggplant), distinct to the Caspian Sea region. The dish consists of aubergines seasoned with garlic, tomato, turmeric, oil or butter, salt and pepper bound together with eggs, and is usually served with bread or rice. 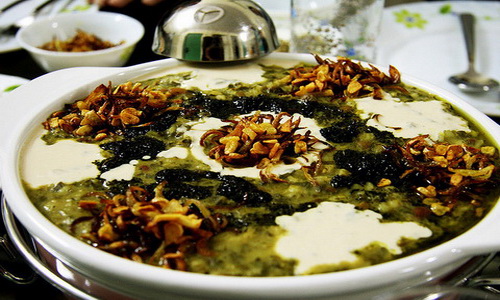 Ash Reshteh is a thick vegetable and noodle soup that is traditionally prepared to welcome the Persian New Year and noodles are believed to bring good fortune for the following year. There are many different kinds of Ash in Iran but Ash Reshteh is the most famous and popular one among all. It is mostly served with whey and sometimes with vinegar. 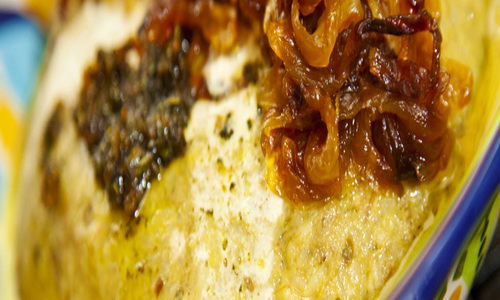 Kashk e bademjan is an Iranian, Azerbaijani and Turkish dish that literally translates as “kashk and eggplant”.It can be considered either an appetizer or a main dish.There are various recipes for this dish, involving caramelized onions, roasted nuts, herbs and spices. 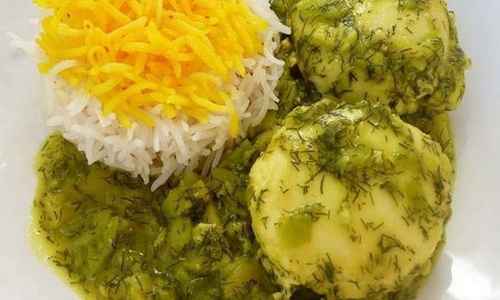 Baghala ghatogh is a northern Iranian dish made with baghalas (Rashti faba beans), dill, and eggs. It's usually served with kateh (Persian rice dish) in northern provinces such as Gilan and Mazandaran, and can be considered a khoresh (Persian stew). It is spiced with turmeric, salt, garlic, and sometimes pepper.