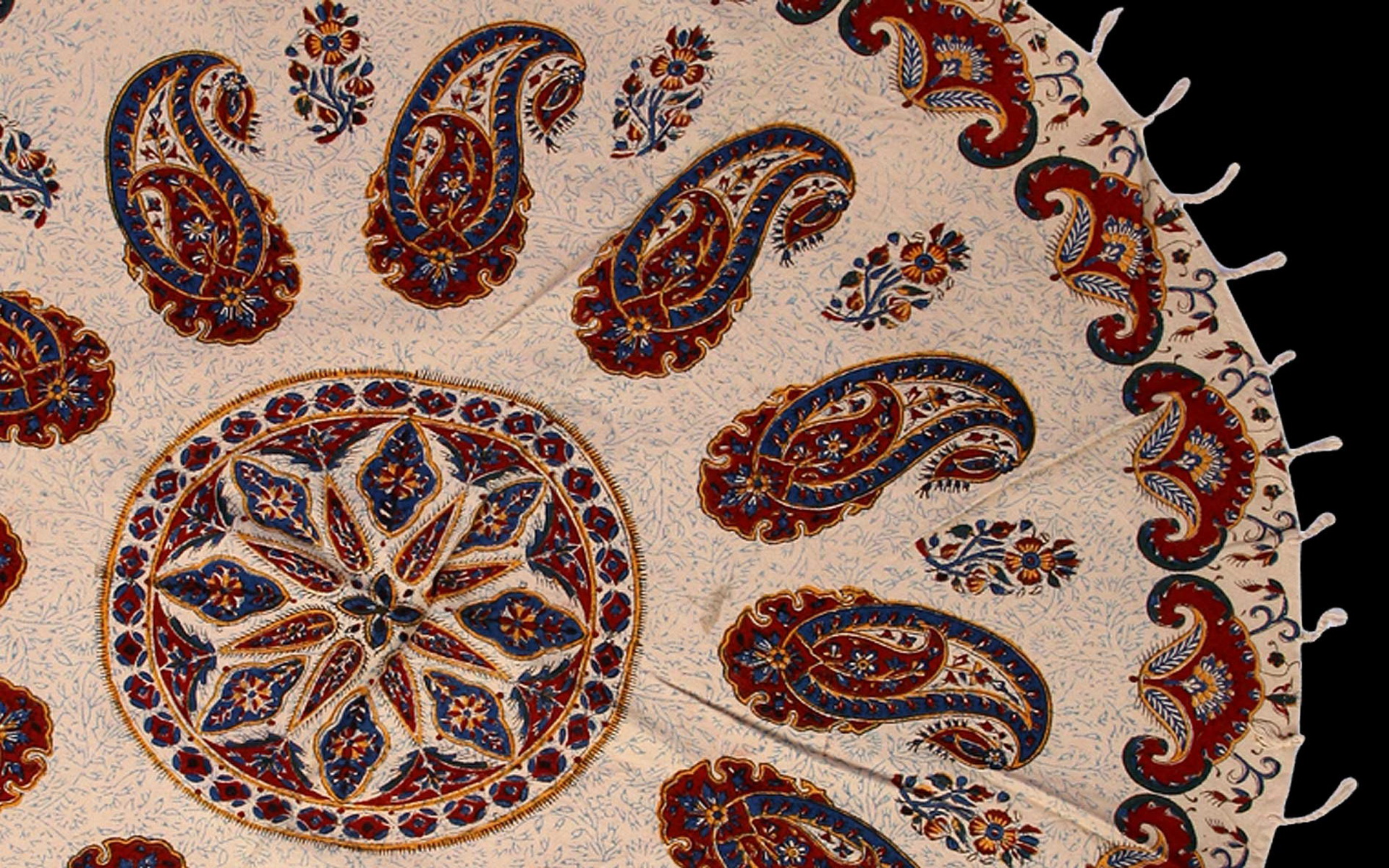 Ghalamkar is a unique type of patterned Iranian Fabric. The fabric is printed using patterned wooden stamps. The stamps are mostly made of pear wood which has better flexibility and density for carving and long-standing utility.

In this workshop, there are hundreds of different patterns consisting of arabesque designs, flora and fauna designs, geometric designs, pre-Islamic designs, hunting scenes, polo games, Persian poems, Armenian and Hebrew inscriptions. Ghalamkar is also known as Kalamkari in India which basically is a type of hand-painted or block-printed cotton textile. Esfahan is one of the most important producing cities throughout the world. It also called; Qalamkar which means rendered with pen and ink that initially produced in the same method. A tapestry may be stamped depending on its density and size, between hundreds and tens of thousands of times. For instance, a six-person table-cloth (2 meters by 1.4 meters) should be stamped about 580 times in a normal work, while with the same size up to 4000 times in an elegant work. After finishing printing, they are, in the first stage, steamed for at least an hour to stabilise their designs. Then, taken to the riverbed and kept in some basins to be soaked well, in a great amount of running water. Afterwards, the pieces are piled in some large copper vessels containing stabilisers (liquid) and are boiled. At the same time, they are turned upside-down by some wooden sticks and washed again in the Zayandeh Rood, then spread on the banks to dry in the final stage.

Would you like to have such remarkable handicrafts of IRAN ?