Iran makes some of the best desserts out there ― they rival even the finest Parisian patisseries. They come flavored with saffron, rosewater, pistachio, honey and more delicious flavors we love. 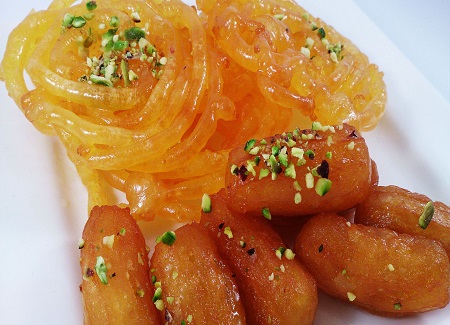 Bamieh is a traditional Iranian pastry, crunchy outside, soft and moist inside. This pastry is deeply fried before being soaked in a syrup of rose water and saffron. Ingredients for this kind of pastry include yogurt, starch, yeast, flour, and eggs. Along with Zulbia, Bamieh is one of the most popular Iranian pastries. Their combination with Goushfil is particularly popular during the month of Ramadan especially with a glass of freshly made Persian tea. 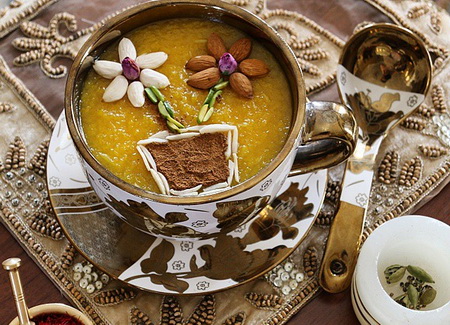 Sholezard is made of rice, and is flavored with saffron, sugar, rose water, and cardamom. It is typically decorated with cinnamon, almonds, and pistachios. It is traditionally served during festivals such as Nowruz and Tirgan, as well as Ramadan among Muslim communities. 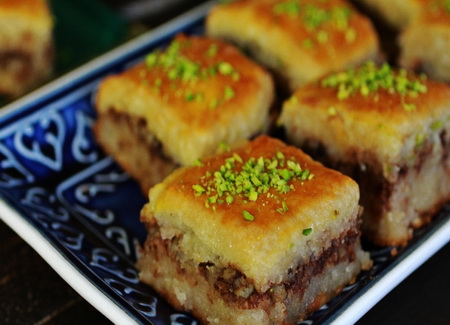 It is a rich, sweet dessert pastry made of layers of filo filled with chopped nuts and sweetened and held together with syrup or honey. 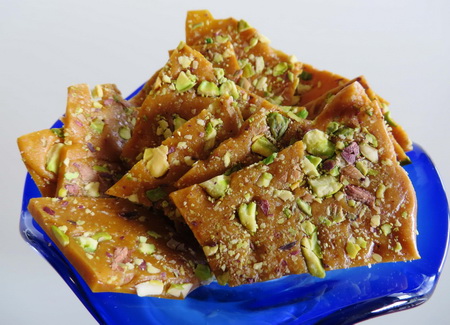 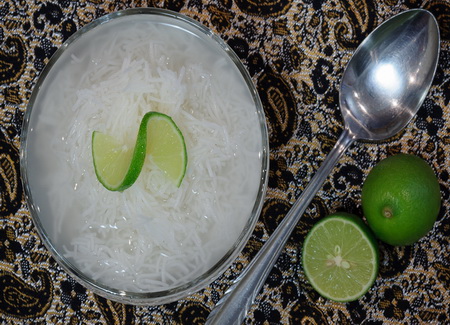 It is an Iranian cold dessert consisting of thin vermicelli-sized noodles mixed in a semi-frozen syrup made from sugar and rose water that is similar to a sorbet. The noodles are made from either potato starch, corn starch, rice starch or arrowroot starch.Often served with lime juice and sometimes ground pistachios, it is a traditional dessert in Iran. 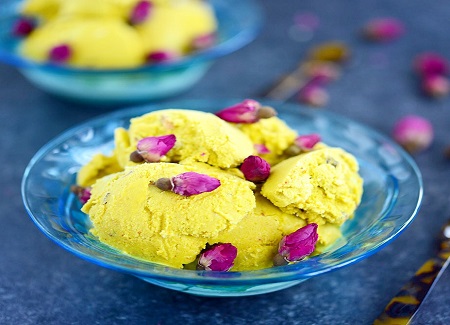 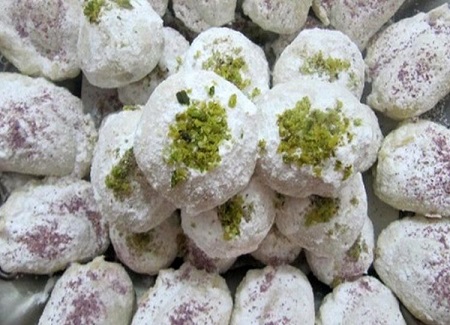 Qotab is actually a traditional pastry and consists of two parts: outer part (dough) and middle part (almond powder, sugar, cardamom, etc.), and at the end of the work they roll it in sugar powder. Some versions of Qottab may contain other ingredients. The Iranian cities of Yazd and Kerman are famous for producing Qottab. 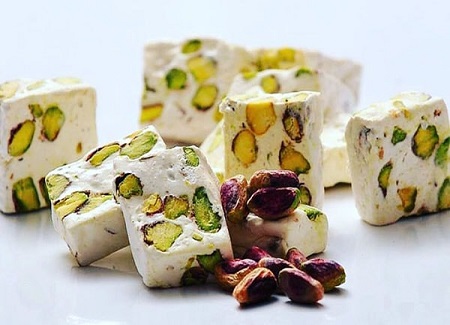 Gaz is one of the oldest and traditional Iranian sweets, widely known as Persian Nougat in most countries, which originated in the city of Isfahan and is one of the most important souvenirs of this city. Isfahan Gaz is the most valuable type of Gaz and is hundreds of years old. The ingredients of this energy producer are sugar, egg whites, almonds, and pistachios, cardamom, and rosewater. 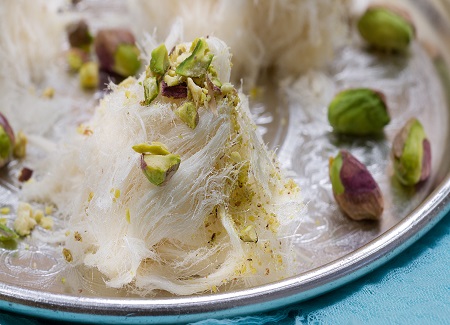 Pashmak (a form of Iranian cotton candy) is one of the tasty Iranian sweets that has many fans. It is one of Yazd's old sweets and souvenirs. The ingredients for making it are sugar, flour, oil, vinegar, and water. They add saffron, cocoa, coffee, or other artificial flavors to make it with different flavors. It is sometimes garnished with ground pistachio nuts. 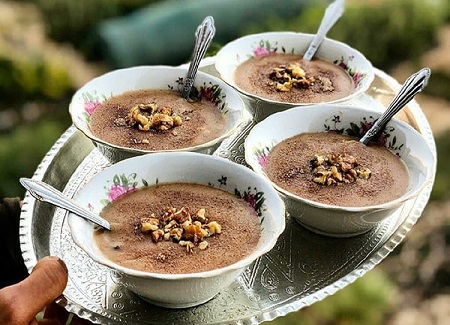 One of the most delicious Iranian desserts is Kachi, which has many health benefits besides being delicious. It is a tasty and energizing dessert. Kachi strengthens the body and relieves anemia due to its ingredients such as wheat flour, various nuts, saffron, rose water, and cinnamon. This simple dessert is perfect for cold winter days when you need more energy.