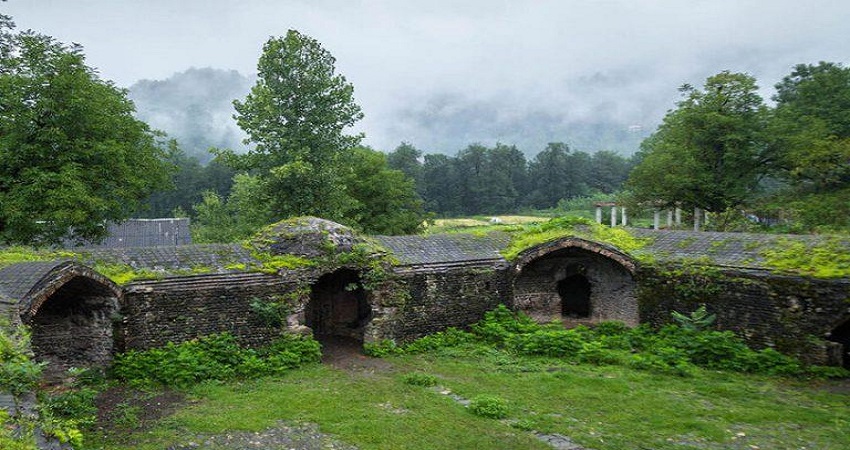 Titi Caravanserai: A Historical Hotel Built on A Woman’s Order

The northern province of Gilan in Iran is home to a historic hotel known as the Titi Caravanserai, built about 600 years ago by order of a female member of the royal family. The old Titi Caravanserai in Gilan dates back to the Safavid dynasty, one of the most important dynasties in Iran until 1736.

Titi Caravanserai, meaning “blossom” the Gilaki language, is located eight kilometers from the city of Siahkal. This building, which was used as a hotel by caravans in the past, had strategic importance at that time due to the very small number of caravanserais in northern Iran.

There are many stories about the construction of the caravanserai that one of them narrates that Mrs. Titi was the aunt of one of the Safavid dynasty kings.

She decided to build a glorious caravanserai in her own name in siahkal district and it was the time when the first steps were taken to build one of the oldest buildings in siahkal.

It was used to accommodate the people traveling between Siahkal, Deylaman, and Taleqan. The caravanserai was built of stone obtained from the rivers, brick, lime, and mortar.

This old building was in service even until decades ago in the contemporary century, when the current roads had not been constructed. A few years ago, this caravanserai, converted into a patio and beautiful courtyard by local people.

Titi Caravanserai also was registered as a national heritage by the Cultural Heritage Organization in 1996. The Titi caravanserai was frequented by travelers when people used animals as means of transportation before the invention of motor vehicles.