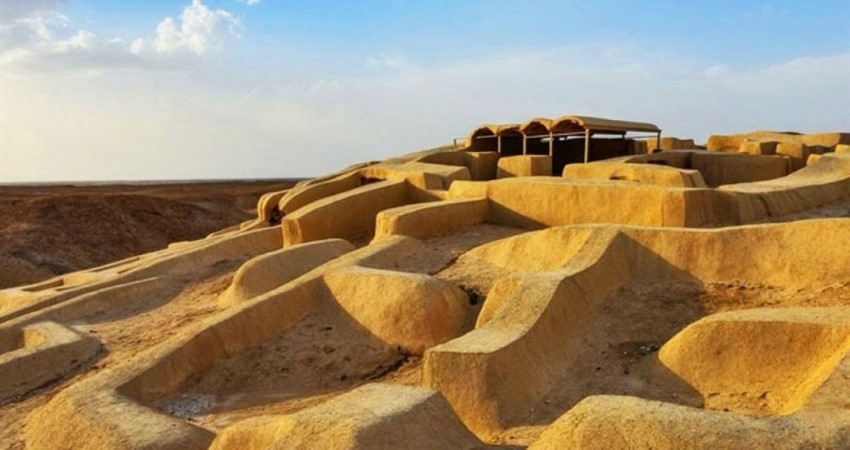 Among the countless archaeological sites discovered in Sistan and Baluchistan, Shahr-e Sukhteh (or the Burnt City) is undoubtedly the most famous. The discovery of the remains of this city, why it was not known why it burned down, allowed archaeologists to establish the existence of a highly developed civilization, dating back more than five millennia, making it the oldest civilization in the world. is from the Iranian plateau.

Shahr-e Sukhteh (Burnt City) is an archaeological site dating from the Bronze Age located in the southeast of the Iran, in Sistan. The town is located on a bank of the Helmand River and by the road from Zahedan to Zabol 56 km south of Zabol. The first traces of settlement on this site date back to 3,200 BC. This is one of the most important prehistoric sites in Iran. The archaeological site covers an area of approximately 151 hectares, making it one of the largest ancient cities in the world, for this period.

Shahr-e Sukhteh was first mentioned in 1900 by British Colonel C.E. Yate in his travelogue Khorasan and Sistan. It is he who brings back this name of Burnt City or Burnt City was given by the inhabitants to the hill of the site, then covered with sand. After him, an English archaeologist, Aurel Stein, visited the site but the thickness of sand covering the site dissuaded him from digging deeper.

The Burnt City was covered with a thickness of twenty centimeters of sand, which had allowed this place to remain untouched for more than four millennia. However, the people of the region had passed the name of this hill down from generation to generation.

The richness of the remains to be discovered is such that the twenty seasons of excavations have finally only led to the discovery of new secrets, and only a tiny percentage of the objects on the site have been discovered.

Shahr-e Sukhteh was a city of well-developed crafts, and during the sixth season of excavation very fine samples of decorative and functional objects were unearthed. We have also discovered the remains of jewelry workshops and other workshops, which operated with charcoal.

This is where what would be the oldest game of backgammon, or rather a royal game of twenty squares (with sixty pieces of turquoise and agate and a rectangular ebony board, probably imported from India), the oldest seeds of caraway in addition to many other finds of metal and pottery objects.

Thousands of pottery and stone vessels, as well as various kinds of fabrics, ornate wooden objects, and wicker baskets have also been found. These discoveries demonstrate the existence of developed craftsmanship, in particular in weaving, since twelve different plain or multicolored fabrics have been unearthed there.

Fishing was also widely practiced, as can be seen from the hooks, nets, and harpoons discovered. The numerous wicker baskets show that the inhabitants used the reeds of the swamps which surrounded Lake Hâmoun for the construction of the roofs of the houses.

During the 2007 excavation season, a 4800-year-old artificial eye was discovered at Shahr-e Sukhteh. This eye belonged to a 25 to 30-year-old woman, probably mixed race, whose body was discovered in one of the graves in the town cemetery.

During the first excavations carried out on this site, we came across very special pottery. This is very old pottery, depicting the world’s first “cartoon”: repeated images of a goat, followed by the tree of life. When you apply a circular motion to the pottery, you can even see the goat rising towards the branches of the tree.

Another interesting finding was that of the interest of the inhabitants of Shahr-e Sukhteh in land use planning. It is indeed the first time that we have seen such planning in a city of this age. In this city, each district was reserved for a certain layer of the population, and the craft and commercial districts were located according to plans reminiscent of modern cities.

The reasons for the appearance and disappearance of the city are unexplained, but it is remarkable that the civilizational level of Shahr-e Sukhteh was different from that of other settlement areas in the region and independent of the Mesopotamian civilization of the ‘time. The inhabitants were mainly farmers or artisans. No weapons were found there; which proves their vulnerability.

Before the discovery of this city, it was commonly believed that Iranian civilizations dating from the Bronze Age were concentrated in the west and southwest of the country, but the civilization of Shahr-e Sukhteh put an end to this theory. since this city was founded around the middle of the Bronze Age and that it developed for the first time without interruption for nine centuries, then over three other periods before disappearing definitively.

In our Archaeological tour in the south of Iran, you will visit this city comprehensively.