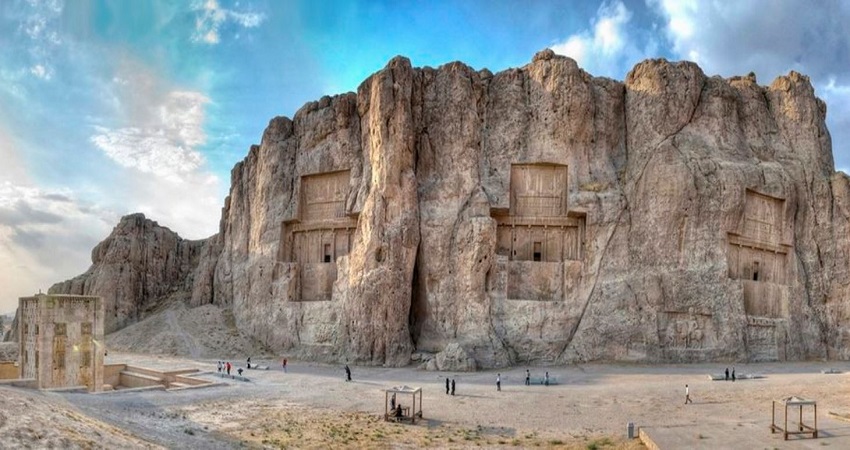 Archaeologists in Iran have discovered a new inscription related to the Sassanid Empire in Naqsh-e Rustam, an ancient royal necropolis in southern Iran. The director of the Persepolis World Heritage Site said on Monday that the new inscription has been discovered in a series of archaeological operations and protective works on the ancient site.

“It seems that we can find a large number of these inscriptions with more excavations because this site is very mysterious and uncharted,” said Hamid Fadaee. He pointed out: “There are many inscriptions and decorative reliefs on the top of Hussein Mountain, which ends to Naqsh-e Rustam“.

“It seems to have been a sacred place, and apart from the wall, there are ruins of a citadel and fortifications dating from the Achaemenid Empire, as well as signs of underground relics including earthenware objects, signifying the presence of various empires in this site.

This part of Naqsh-e Rustam has been less discovered,” Fadaee explained. Almost all visitors usually see the front view of Naqsh-e Rustam, where the rock tombs are located, but it should not be forgotten that Naqsh-e Rustam is a very large complex, the main and invisible part is located at the top of Mount Hussein, known as the necropolis, the official noted.

Fadaee said that ancient Elamite relics have also been found in this area, adding that the necropolis was at the height of its glory during the Achaemenid Empire.

He finally pointed to the efforts to inscribe Naqsh-e Rustam on the World Heritage List, saying the case of this ancient site will complement Persepolis.

Five experts on the protection of archaeological sites and archaeology are currently working in Naqsh-e Rustam to gather the necessary information to complete the case in a practical way, he concluded.