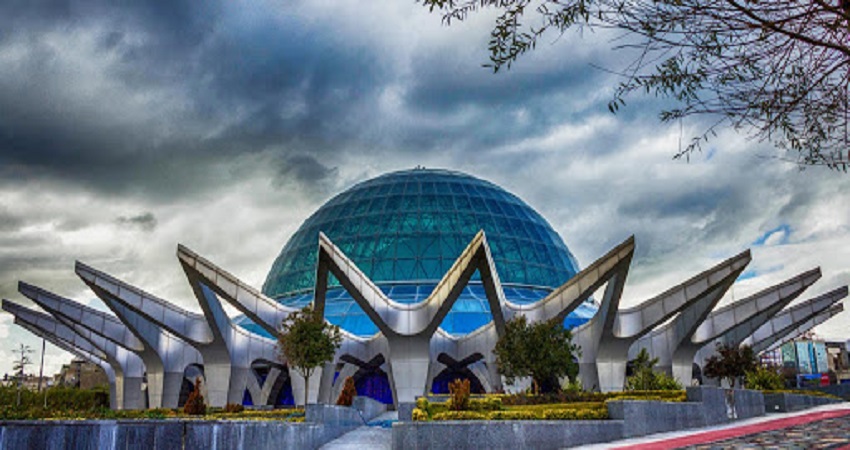 Mina Dome is one of the largest planetariums in Iran. The idea to build such a skyscraper was introduced in 2008, and seven years later, with great effort, the complex was inaugurated in 2014. It is also the largest planetarium in the Middle East, located in the Abbas Abad area of ​​Tehran, and is designed to show the night sky in all its glory – even during the day.

Users can view celestial bodies, view a three-dimensional show of stars, and learn everything about our solar system. The dome, built and expanded by the local municipality, is just beyond the Water and Fire Park and works to boost the large green area with its unique attractions. exploring the sky and everything that happens in the solar system is an amazing feeling that everyone enjoys.

The Mina Dome Complex simulates the night sky and answers all the questions you may have in the area, which is why it is called a planetarium. A planetarium is a theater designed primarily to show educational and entertaining performances about astronomy and the night sky, or to teach celestial navigation.

You don’t have to know astronomical things to fall in love with the sky. The world around us has many secrets and unknowns, and everyone is looking for these secrets as much as their knowledge, science, and experience.

This planetarium offers visitors a view of the sky projected on the ceiling. At the center of the planetarium, there is a projector, and there are separate projectors for the sun, moon, and other planets and stars. The entrance to the Mina Dome is like a small gallery full of images of all the sky masses, and in the interior decorations, there are beautiful columns with statues of the solar system among them.