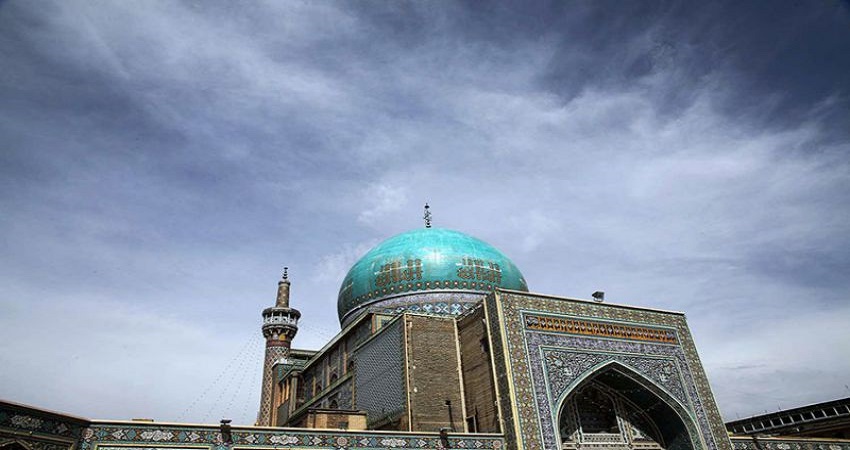 The mosque was built by the famous Iranian architect Qavamuddin Shirazi in 821 Lunar by the order of Lady Goharshad, daughter of Amir Ghiasuddin Tarkhan of Joghtai, the wife of Shahrokh, son of Amir Taymour Gurkani. It took about twelve years to build the mosque.

The Mosque is located south of the holy shrine of Imam Reza and it is attached to the Darul al-Sayyad and Dar al-Hefaz porches. Famous Iranian architect, Qavamuddin Shirazi, was built using Timurid architecture. It took about twelve years to build the mosque.

The monument is located south of the holy shrine of Razavi and is connected to the porches of Dar al-Sisadeh and Dar-ul-Hafiz. Ghavamuddin Shirazi was built using Timurid architecture. It took about twelve years to build the mosque.

The huge mosque was built in the style of Oriental architecture in the form of a bulkhead and four-porch structure with bricks and masonry in the 9th-century and can be said to be one of the world’s architectural masterpieces.

The dome-shaped arches of the mosque and its minarets feature unique decorations and the use of Mogharnas style, as well as wall paintings on the gypsum and mosaic work of the Timurid era, exhibiting unique displays of Iranian art in the heart of the holy shrine.

The distinguished and historical inscription of Baisnagar, the son of Goharshad, one of the best trilogy of the Timurid era, boasts the most beautiful third lines on the forehead of Ivan Maghsura, and the history of the mosque’s construction on the mosaic tile is inscribed.