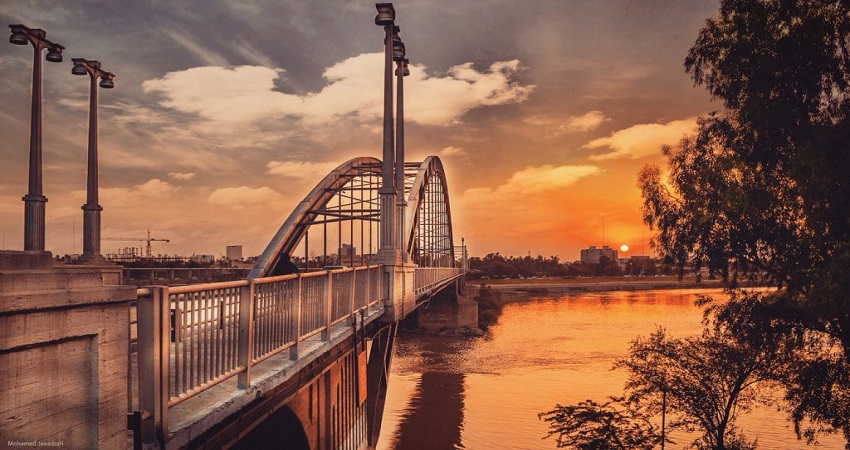 The Karun River runs right in the middle of the city of Ahvaz, dividing it into two parts: East and West. To connect the east and west of Ahvaz, 10 bridges were built on the Karun River.

Ahwaz holds the record for the greatest number of bridges in Middle East cities; Isfahan with 8 bridges, ghahereh with 7 bridges, Baghdad with 5 bridges, and Istanbul with 4 bridges, all considered after Ahwaz.

It is interesting to know that this Ahvaz Bridge is the tourist attraction of this city. Ahwaz is also known as the “City of Bridges” with all these bridges.

Apart from their function, these bridges are also tourist attractions of Ahvaz. That is why the best hotels in Ahwaz, are built near the river and these bridges.

The Eighth Bridge, or Cable Bridge, is the prettiest bridge of the Ahwaz located between the Naderi Bridge and the Fifth Bridge. The bridge was inaugurated in 2012 and helped greatly reduce traffic congestion on near streets.

The Cable Bridge or Ghadir Bridge connects Middletown of Ahwaz with the Amanieh area and has created one of the most luxurious neighborhoods in Ahwaz.

The interesting design and architecture of this bridge are different from other bridges of Karun River and are built on cable without using concrete foundations. The columns supporting its cables are in the shape of “A” signifying the beginning of the word “Ahvaz” in English.