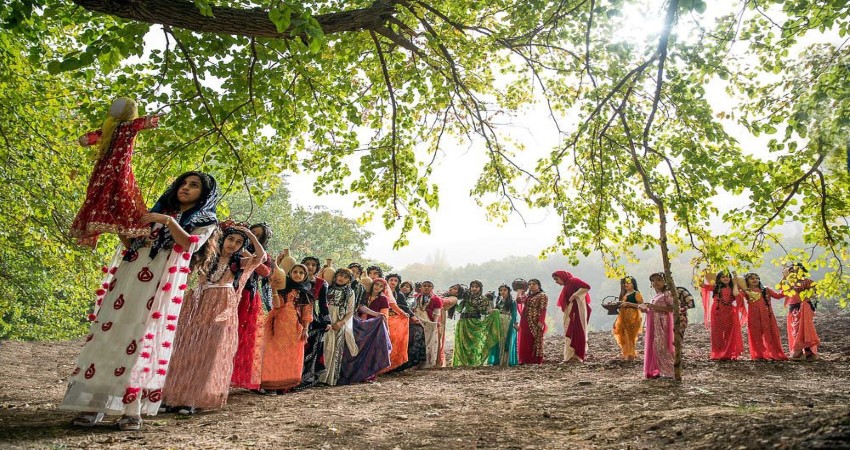 Pomegranate Festival in Iran is about Pomegranate fruit with red, pink, or white seeds which has the main role in this festival. It originates from Iran but has spread to the Himalayas and India.

It is one of the first plants domesticated by humans. The ancestors of the Iranians compared the red color of the pomegranate with the sun. It is the fruit of Anahita, and it relates to enhancement and birth. In most Persian poems, the pomegranate is the symbol of the face of the beloved.

The pomegranate also inspired the stuccos of the palace of Ctesiphon and the Islamic ornaments of the mosques. Surah Ar-Rahman of the Quran presents the pomegranate as a fruit of paradise. In Yârsânism (religion), the pomegranate is the symbol of the offering.

Yârsânism is one of the oldest syncretic religious beliefs in the province of Kurdistan. Yârsân philosophy is closely linked to the faith and philosophy of the Alevis. It is a belief based on nature, society, social laws, and traditions. To show their respect and closeness to nature and society, the Yârsâns, who celebrate all seasons, celebrate the products of nature that they have obtained during these festivals.

For Yârsâns, fall means Pomegranate Festival. Pomegranate is one of the last fruits to ripen. The Yârsâns greet this festival the first part of the year while welcoming the second part.

The feast begins with prayer, traditional music (dayereh, sorna, dohol), local games, baking bread, and local pastries to serve tourists and residents of the village; Then we go to the orchards and pick the pomegranates.

In Kurdistan, the Pomegranate Festival begins with a religious ceremony and takes place in a festive atmosphere. The pomegranate festival is called Ayinê Yari.

Ayinê Yari means the ceremony of fraternity. Flowers, vegetables, products come from nature in all their colors. Therefore, all sacred ceremonies and festivals take their name from nature, from the products offered by nature to society.