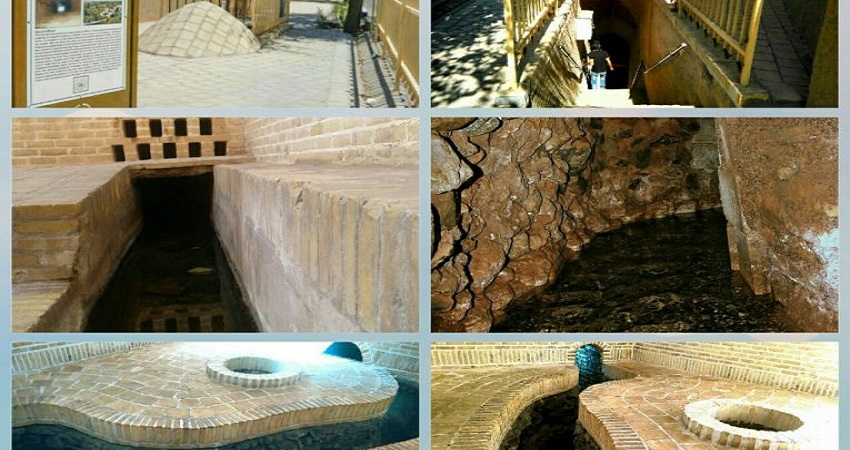 Moon Qanat; the only two-story Qanat on the world

Qanats were definitely one of the most important human inventions that changed life in the desert. Iranians are famous for being the founders of Qanat.

Moon Qanat is the only two-floored qanat in the world, located in Ardestan, Isfahan Province. the first level is 30 meters deep, and the second level is 27 meters deep, so the height difference is 3 meters.

The soil formation of the moon is such that the water from the 2nd level doesn’t penetrate the lower level. one of the strangest qanats in Iran is the two-story qanat of the moon in Ardestan that was built about 800 years ago; it has ordinary wells together with different mother wells and side wells.

The qanat of the moon is about 4km long, two-story qanat, having two main tunnels with one mother well. this well has 30 bars and its water supply is 60 liters per second.

This amount provides drinking water to about 200 residents of the moon neighborhood in Ardestan. The first bars of Qanat of the Moon were dug in the area of Mohal located in the south of Ardestan and extended to the northwest.

The mother well, called “Twin well”, is located next to Imam Zadeh Ismail and consists of two parallel channels that overlap each other and share vertical wells. It is named “twin well” because in this area two well bars are located next to each other. One of them that is 27m in length belongs to the upper well and the other one which is 30m belongs to the low well.

Ardestan’s two-story qanat was registered as the twentieth Iranian attraction at the 2016 UNESCO World conference in Istanbul, along with eleven other Iranian aqueducts. The eleven world-registered qanats are unique in their antiquity, type of architecture, depth, length, and similar features.