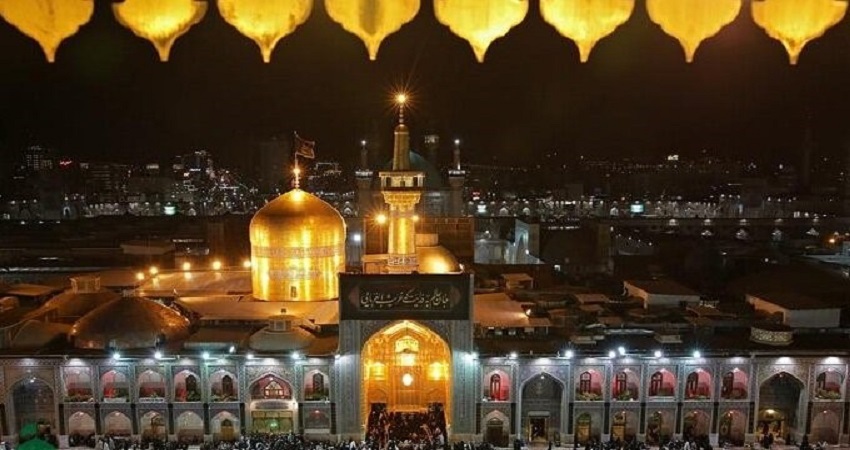 Ali-Ibn-Mosa-Ibn-Jafar who’s famous with the name of Imam Reza, the eighth Shia Imam in Islam and also the key religious figures in Shiite Islam, is one of the holiest and important pilgrimage centers of all Shiite’s in the world. His shrine shining like a gem on the northeast of Iran in Khorasan province, Mashhad city.

The complex is one of the tourism centers in Iran and has been described as “the heart of the Shia Iran” and this holy shrine has the largest mosque in the world by dimension; Including its surrounding seven courtyards, it covers an area of almost 600,000 square meters. the shrine has got 28 roofed up praying chambers, 9 campuses, and such other facilities as a medical center, guest house, and the like for its visitors and pilgrims.

That also includes many other constructions and popular monuments which are tourist attractions such as Goharshad Mosque, museum, library, seminaries, cemetery, university of Islamic Science, prayer halls, and dining halls. according to a 2007 estimate, 12 million Iranian and non-Iranian Shias visiting the shrine each year.

There are two famous museum close to this holy shrine, The Treasury of Qurans and Museum of Carpets.