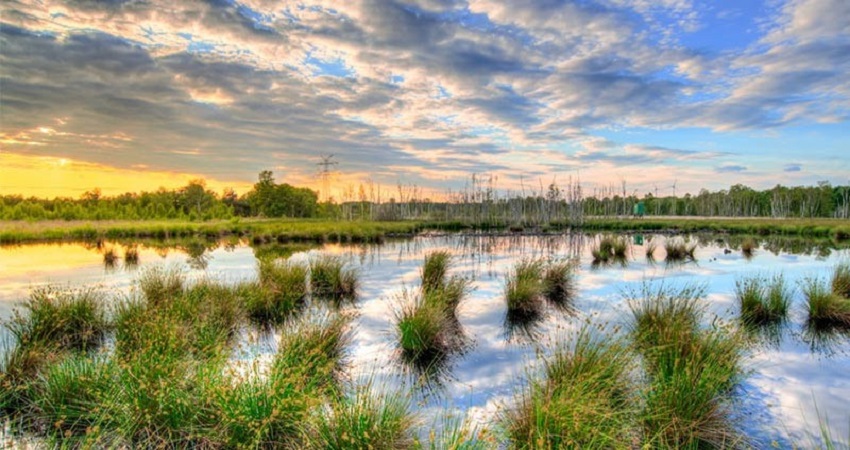 The International Hamoun Lagoon is one of the important lagoons in the world and is considered the greatest freshwater lake throughout the Iranian Plateau that with an area of about 5700 square km and a deep domain of 1 to 5 in a desert and dry area in the eastern side of the country is located in Sistan Area. The lake is formed of three sections called Hamoum Puzakin northeast.

Lake Hamoun is Iran’s third-largest lake after Caspian and Urmia Lake. The lake is made up of three small lakes that are linked together in abundance and form Hamoun Lake. The largest freshwater area of Sistan has a major role in the lives of the people of the region.

In addition to its positive natural, economic and social impacts, it has a special sanctity in Zoroastrianism. In the plain of Sistan, there are a series of natural troughs and pits that turn into Lake Vanizar in different months and are divided into three parts: Sabourian, Pozk, and Hamoun.

The name of Hamoun Lake is in Avesta Kans Oya or Kasya or Kansu, in Kansi or Kansi or Kianese, and in Ferdowsi’s Shahnameh of Lake Armor and in Zoroastrian Farsi writings.

In ancient Iranian literature and mythology, Lake Hamoon has particular importance meaning, especially in the epistemology of Zoroastrianism. The lake is often mentioned in Avesta. Next to this lake is Mount Oshida (Oshidim or Oshidar), which was actually a mountain on which the Prophet Zoroaster was revealed.

It is now also known as Mount Khawaja. Many historians consider Sistan to be the origin of Zoroastrianism, with reference to Mount Osidar and the Kianessa Sea and other available documents.