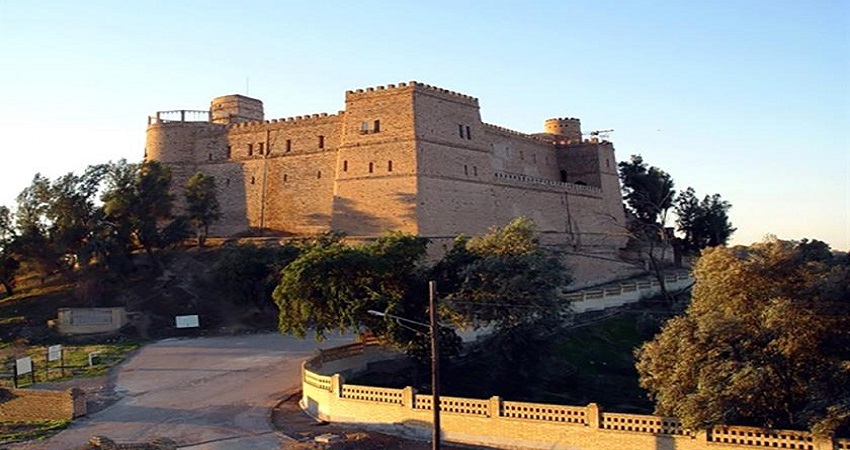 The ancient city of Susa was one of the oldest centers of civilization and one of the most famous cities in the world, the capital of several thousand years of the civilization of Ilam, and also the winter capital of the Achaemenid Empire.

For this reason, the French castle in Shush is also known as the castle of Akropol or the castle of de Morgan. This castle is similar to Bastille Castle in France.

The structure was built by local artisans with bricks taken from two other archaeological sites, the Achaemenid Darius Castle and the Elamite Choqazanbil ziggurat, located in the vicinity of the ancient city of Susa. The map of the castle is in the shape of a trapezoidal.

Like medieval castles, the Akropol has two yards, the second one is placed higher than the other. There are two corridors under the second yard.

Gypsum and brick at different ages are the main construction materials of Akropol. The architects of the castle were from the city of Dezful. Akropol Castle has been used as a museum since 1993 and has a small glass room known as Kolah Farangi.

The French castle in Shush was registered in 2001 in the list of the national heritage of Iran. The castle was heavily damaged by Iraqi bombs during the 1980s Iran–Iraq war but has since been completely restored by the Iranian government. It is now used as a museum and the historical objects, as well as tools of French archaeology, are kept in it.