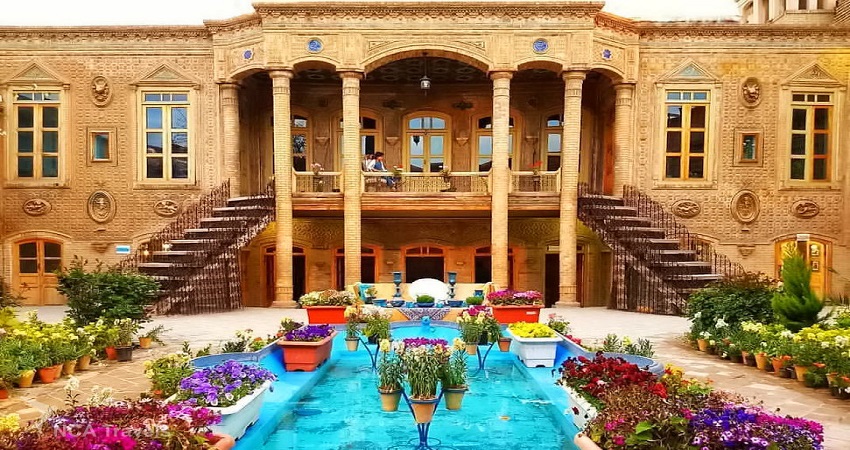 Darougheh House, a passage to the history of Mashhad

Mashhad is mostly known for its religious attraction which is Imam Reza Holy Shrine. But aside from this holy place, you can find many historical houses too. Darougheh Historical House is one of the well-known historic houses in this city which dates back to the Qajar Era.

This house is one of the rare houses in this city which has been influenced by Russian architecture. Therefore, it is so different from any other houses of the Qajar era. The house, which was built for the police chief [Darougheh in Persian] of the northeastern city, has been registered as one of Iran’s national heritage sites.

The house is located on an 1100 square meters area. It was not only one of the most luxurious houses of its time, but also the only house in Mashhad which had a private bathroom and bakery.

However, the house still has its traditional Iranian taste which can be seen in the plan of the building. Since there was no air conditioner or heating system at that time, the houses had a special place for summer and winter.

Although the house had done under renovation, nothing has been changed in its decoration and style. It has also won the price of the best-kept historical house from UNESCO in 2016.